An Affair to Remember (5 stars) 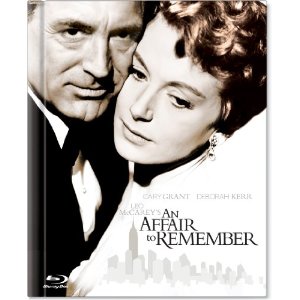 An Affair to Remember is an incredibly beautiful, romantic movie, starring Cary Grant and Deborah Kerr. It is from 1957, which means Cary Grant is aging a bit, and let me just say, like fine wine, he aged well. He looks SO dashing and distinguished with a touch of gray at the temples. 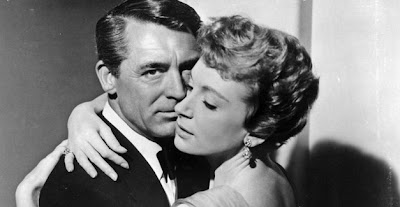 The story is about Nickie Ferrante (Grant) and Terri McKay (Kerr), who meet aboard an ocean cruise. Although they are both engaged to others, they have not yet taken the plunge to marry, and they are immediately drawn to one another. By the time the cruise is over, Nicky and Terri are deeply in love, but they wonder if their romance was strictly a shipboard romance or if there is a future for them. 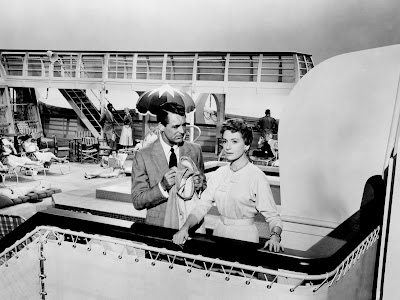 Upon disembarking, Nicky and Terri decide that they will go their separate ways for six months, and at the end of the six months, if their love for one another is still alive, they will meet at the top of the Empire State Building ("the nearest place to Heaven" in New York City) and begin to plan for their future together. 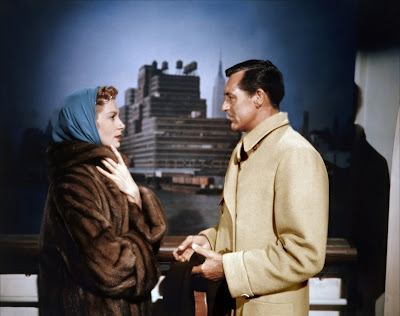 At the end of the six months, their love is, indeed, alive and well, and as each one is enroute to the rendezvous spot, tragedy strikes, preventing their reconciliation.

I can't reveal anymore than this, for to do so would spoil y'all's viewing pleasure. Suffice to say that this is a beautiful movie, one I consider one of the most romantic of all time, and it always brings me to tears....at exactly the same point EVERY time I watch it.

For your information, An Affair to Remember is a remake of the 1939 film  Love Affair, starring Charles Boyer and Irene Dunne. I have seen both versions, and I far prefer the remake. Of course, that is partly because not long before seeing Love Affair, I watched the wonderful 1944 thriller, Gaslight, in which Charles Boyer played a murderous husband. Therefore, every time he uttered a word in Love Affair (in his delightful French accent), I kept seeing the murderous husband in my mind, so I couldn't accept him as a romantic lead. I've since come to the place of getting past that, and I actually enjoyed him in All This and Heaven Too (with Bette Davis), so I'm thinking it's time I gave Love Affair another try. Anyhow, y'all might want to see both versions and see which one you prefer.
Reviewed by Patti at 5:06 PM