Ta Da!!  I have a new favorite John Garfield movie!!  From 1950, comes The Breaking Point---the second adaption of Ernest Hemingway's To Have and Have Not.  Said to be more faithful to Mr. Hemingway's story than the Humphrey Bogart/Lauren Bacall film of 1944, The Breaking Point, directed by Michael Curtiz, stars Mr. Garfield---in his next to last film appearance---and Patricia Neal, with Phyllis Thaxter, Wallace Ford, and Juano Hernandez taking on supporting roles. 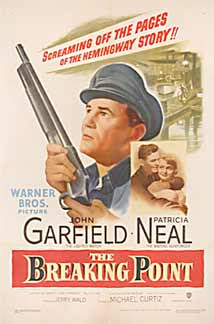 With his dream of operating a fleet of fishing boats not working out as he had hoped, family man Harry Morgan (Garfield) is having trouble making ends meet.  Instead of a fleet of boats, the former Navy man owns only one boat, which he charters for fishing excursions; with only one craft, and a wife and two young daughters to support, Harry is heavily weighed down with financial burdens.  Although his wife, Lucy (Phyllis Thaxter), suggests that Harry take an agricultural job at her father's ranch, he refuses to do so and is more determined than ever to make a go of things on the sea.

Telling Lucy everything will work out, Harry sets out on an excursion to Mexico with a man named Hannigan and his mistress, Leona Charles (Patricia Neal). 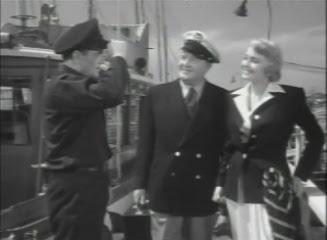 Upon reaching their destination, Harry asks for his payment; although Hannigan promises to pay as soon as the banks open in the morning, he, in fact, skips out on both Harry and Leona.    Left high and dry in Mexico, and needing cash for the return trip, Harry---an honest man, with an honest boat---accepts an illegal job...that of smuggling eight Chinese passengers into the States.  Things don't go as planned, though, and Harry is double-crossed, which leads to a killing and the disembarking of the passengers.

With the Coast Guard alerted to the illegal activity, when Harry returns home, his boat is impounded, then later repossessed for lack of payment. But the loss of his boat and the ongoing financial struggles aren't Harry's only problems---Leona, who has stayed on in Newport, has begun putting the moves on him, and Lucy, knowing a woman was part of the Mexican excursion, is jealous.  Additionally, the shady attorney (Wallace Ford) who arranged the transportation of the illegals is pressuring Harry into taking another job--one he just might take after his pride is hurt when Lucy takes on work to support the family.  How it all plays out is the balance of the film.


As always, Mr. Garfield gives a superb performance.  Really, he was completely perfect and totally wonderful in this role...I also really enjoyed the opportunity of seeing a playfully romantic side of him as his character interacted with his wife 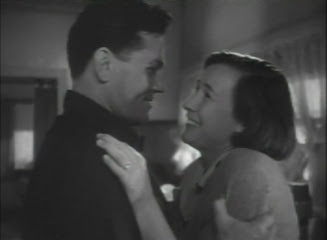 and a paternal side as he interacted with his daughters. 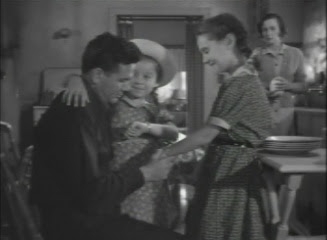 While I adore Mr. Garfield in his chip-on-the-shoulder, cynical man roles and think he played them all brilliantly, every now and then it's nice to see a bit of a softer side.  Adding to the slightly more vulnerable side of his character was how incredibly handsome he was at this point in his career.  He aged extremely well, and I think he is even better looking here at 37 than he was when he began his film career at 25.  The ever-so-slight lines in his face give him a gorgeous maturity, 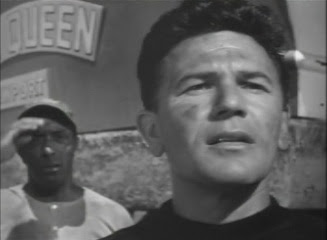 and the captain's cap he wore for much of the film only added to his appeal. 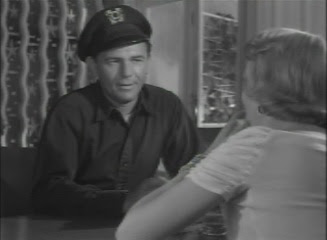 I will watch this film over and over again simply for the eye candy I found him to be!!

The supporting cast of the film was really wonderful as well.  Phyllis Thaxter gave an excellent performance as Harry's wife, and the chemistry between her and Garfield was great.  Patricia Neal (who I absolutely do not like) played her part perfectly as well.  Though I don't care for her, she was really very much a supporting player, so I only had to take her in small doses.  Plus, I was thrilled to pieces that Garfield's character didn't succumb to an extra-marital affair with her!!  Juano Hernandez, who portrayed Harry's friend and first mate, was quite good in his role as well.  And, oh, that final scene, which features Hernandez's character's son is a heartbreaker!

To be honest, I must say that I put off watching this movie because I knew it was based on To Have and Have Not and I really don't care for the Bogart/Bacall film of the same name.  (Dare I say that?)  For me, it's a 2-star film, so I wasn't sure I wanted to try this one; however, in the interest of finding some new-to-me Garfield films in honor of his birthday, I decided to "bite the bullet" and watch this one.  I am so glad I did, because I totally love it!!  In fact, with my viewing of this movie, Dust Be My Destiny has lost its status as my favorite Garfield film; though I still love that sweet film (which I reviewed HERE), I love The Breaking Point even more.  Incidentally, the Hemingway novel also inspired a 1958 remake as well.  Starring Audie Murphy in the lead role, the film is called The Gun Runners.  Since I quite like Mr. Murphy, I intend to watch that one at some point in the future.

This film is out on DVD, so I hope you are able to track it down.  Definitely, if you are a John Garfield admirer (as I am), you will want to see this.  Also, if you are a Hemingway fan, since this adaption was the truest to his story, you may want to take a look at this.  Or if you love the Bogey and Bacall version, you might want to check this one out to see how it compares.

Happy viewing!!
Reviewed by Patti at 6:00 AM