Near the top of the list of my favorite Tyrone Power films and what I deem one of the absolute best performances of his career is 1957's Abandon Ship!.  A meaty, intense British drama---also known as Seven Waves Away---Abandon Ship! features Mai Zetterling, Stephen Boyd, and Lloyd Nolan in supporting roles.  Produced by Tyrone Power and directed by Richard Sale, the film is loosely based on the 1841 incident of the William Brown. 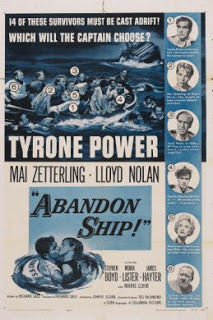 After hitting a mine in the waters of the South Atlantic, a luxury liner explodes, and in seven minutes, all but just over two dozen of its 1,156 passengers perish.  Those few had managed to get into one of the ship's dinghies before the ship went down.   One of the survivors is ship's officer, Alec Holmes (Tyrone Power), who is given command of the small boat just before the captain dies.  With the words, "Save as many as you can," Holmes becomes the captain and assumes responsibility for the lives of his passengers. 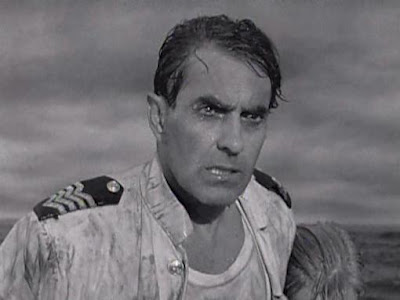 The small craft, which was meant for nine passengers, is filled far beyond its capacity.  A total of 26 people are depending on the tiny vessel for life...some of them are in the water and desperately hanging onto the side of the craft.  Since there had not been time to send a distress signal, reaching the African coast---1,500 miles away---is their only hope.  Overloaded as they are, and with only one gallon of water, a tiny amount of canned food, several serious injuries, and an upcoming storm, can they possibly reach land? 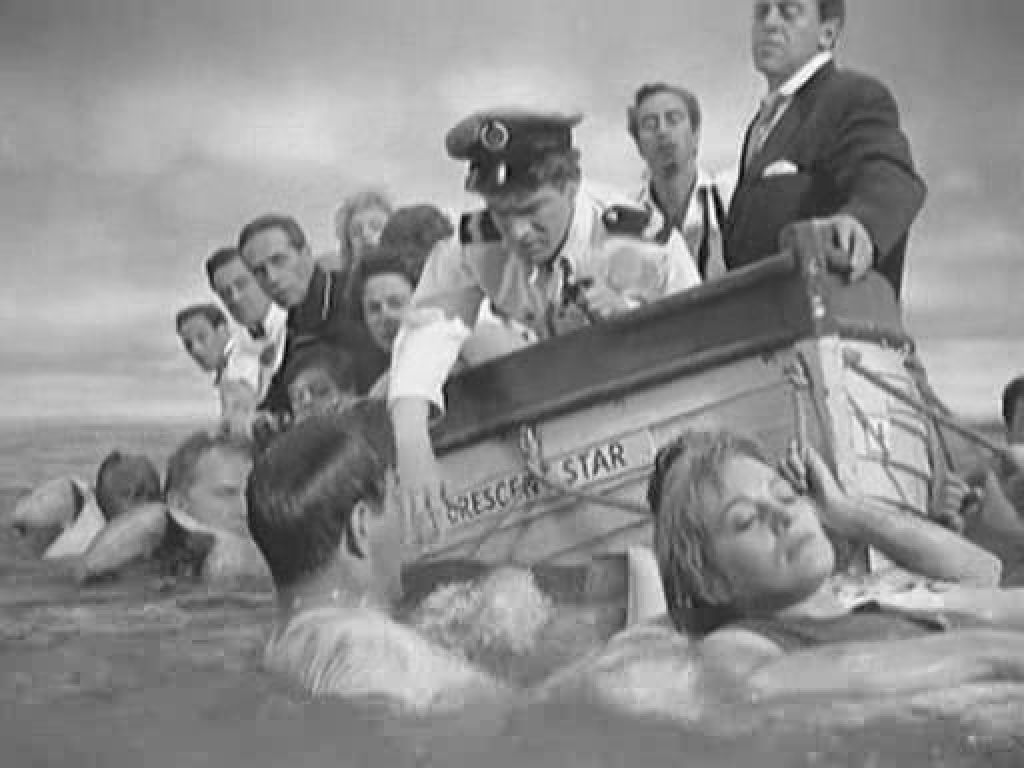 Although some of the people believe that it is the duty of the strong to protect the weak, a well-respected ship's officer counsels Alec to evict the tenants who cannot pay the rent, to save half of them instead of losing them all.  Much as it horrifies him to do so, Alec may just have to begin choosing which passengers will remain in the boat and which ones will not.

This is an incredibly powerful, thought-provoking, "discussion piece" kind of movie---you know, the kind that makes you really think about the hard questions in life.  Was Holmes right in his actions? Or was he wrong?  What would you do if you were in his shoes?  Tyrone Power is totally stellar in this role; in fact, I think this is up there with Witness for the Prosecution and The Eddy Duchin Story as one of his absolute best performances.  He is thoroughly believable as the reluctant captain who was forced to make the hardest decisions anyone could ever make. For those who say Power couldn't act, see this film, and your mind will be changed. 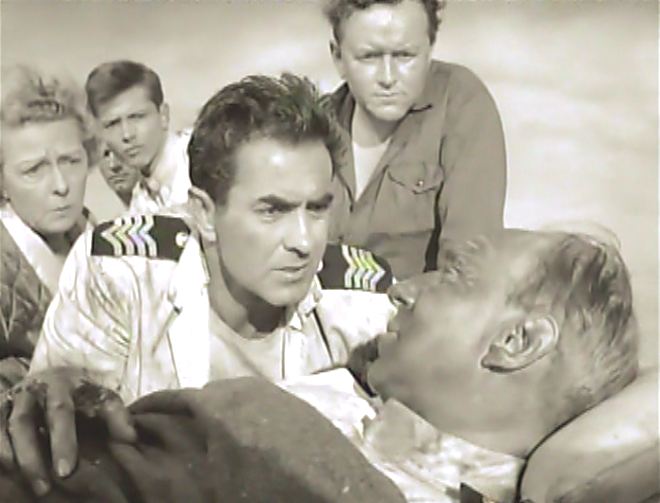 As stated above, Abandon Ship! is loosely based on an actual incident.  In 1841, the William Brown departed Liverpool for Philadelphia, 65 passengers aboard.  After hitting an iceberg off the coast of Newfoundland, the ship sank, taking nearly half its passengers to their watery graves.  The entire crew (including one Alexander Holmes) and the remaining passengers took to two boats, but before their eventual rescue, many of them would be sacrificed in order to lighten the load.  For more information about the incident, check out this Wikipedia article or this article from the County of Tyrone Ireland.

To my knowledge Abandon Ship! is not available on DVD; however, it is available in VHS format and is on YouTube in its entirety (HERE).  Also, TCM does air it periodically. Definitely catch it if you can.  When comparing this film to the similar Lifeboat, Abandon Ship! easily comes out on top for me.  In fact, in my opinion, it's a 5-star, gem of a film.

NOTE:  This article is part of the Power-Mad, Tyrone Power 100th birthday blogathon being hosted by The Lady Eve's Reel Life and They Don't Make 'Em Like They Used To. Go  HERE or HERE to check out all the other fantastic entries.
Reviewed by Patti at 12:00 AM